I am very happy to welcome Amber Argyle to Read My Mind this afternoon. Her newest book, Witch Song, will be released in September.

AA: I grew up on a cattle ranch in the Rocky Mountains. I have three kids (9, 5, & 2). In my spare time (ha!), I play basketball, dance aerobics, and build with Legos (not by choice). I’ve written 7 books, my fourth, WITCH SONG, comes out Sept 1st 2011 from Rhemalda Publishing.

Witch Song is about a young witch who discovers that she’s the last Witch left. All the others have been taken by the Dark Witch. If she doesn’t find and free them, nature will continue to fall apart until nothing remains.


RMM: How long was the journey from the idea to the actual published book?

AA: Freakin’ long. I started writing full time six years ago. Book 1 was almost published twice, and I had an agent for the book. Alas, it never sold. I decided to focus on an entirely different story—Witch Song. The idea started with one line: I am a Witch. The story came fast and hard. I wrote the first draft in a month during the fall of 2007. I edited it, started sending it out to agents (including the agent I had at the time—long story), and began working on another book. It sat for a while. Occasionally, I’d dust it off and work on it some more between writing new stories. One day, I decided to skip the agent process altogether and go straight to the publisher. The edits and creation of the book were another long, difficult process which I won’t bore you with (you’re welcome).


RMM: Which character was the hardest to bring to life on the page? The easiest?

AA: None of them are especially easy. But the hero, Joshen, gave me the least amount of grief—probably because he’s such an easy going guy. Brusenna was probably the hardest. It’s hard to bring a shy character to life.


RMM: Are you working on anything new right now? Can you tell me anything about your current project?

AA: I just finished a final edit for Daughter of Winter. It’s a story about girl presented with an impossible choice: give up her humanity to become a force of nature and save her people, or remain a woman and marry the man who betrayed them all. 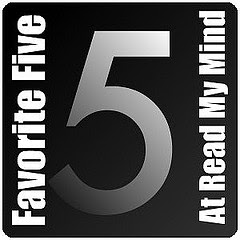 5 authors who are auto-buy reads for you:
Shannon Hale, Claire B. Dunkle, Brandon Mull, Robin McKinley, and Kristin Cashore.

5 songs you listened to, or made you think of a character, while writing Witch Song:
I listened to Soundtracks when I write. City of Angels, Phantom of the Opera, etc.

5 things you do before you start writing (daily, or however often you dedicate just to writing):
I can’t be too picky. I write when my son’s in preschool and my daughter takes her nap. I work some more when the kids are in bed and the hubby’s watching TV.

Thanks, Amber! Thanks for the insight into your writing process, and your personal life. I can't wait to get my hands on WITCH SONG. Congrats on impending publication!

From GoodReads:
The world is changing.

For thousands of years, witch song has controlled everything from the winds to the shifting of the seasons. But not anymore. All the Witches are gone, taken captive by the dark Witch, Espen.

As the last echoes of witch song fade, Espen grows stronger as winter and summer come within the space of a day. Now she’s coming for the one she missed—a shy, untrained girl of fifteen named Brusenna.

Somehow, Brusenna has to succeed where every other Witch has failed. Find Espen. Fight her. Defeat her.

Or there won’t be anything left to save.