CONFIDENTIAL: An Interview with Darby Karchut, Author of Griffin Rising

Recently, I had a chance to ask a few questions of author, Darby Karchut for Read My Mind. Here's the interview about her and her debut YA novel, GRIFFIN RISING.

RMM: Tell me a little about yourself and your book.
DK: Besides writing novels for teens, I also teach social studies at a junior high school. I live in Colorado with my husband, where I run/bike/ski the Rocky Mountains in all types of weather.

My debut novel, Griffin Rising, is a YA urban fantasy set in Colorado Springs. Here’s a brief description:

For centuries, rumors have abounded of a lowly caste of supernatural beings known as the Terrae Angeli. Armed with the power to control Earth, Fire, Wind and Water, these warriors secretly serve as guardians for mortals in danger.

But for one young angel-in-training, Griffin, life is hell as a cruel master makes his apprenticeship a nightmare. On the verge of failing, a new mentor, Basil, enters his life and changes it forever. It is their father-and-son relationship, sometimes turbulent, often hilarious, always affectionate, that is the heart and soul of the story.

Masquerading as the average teen next door, Griffin struggles to learn his trade, navigate the ups and downs of modern life among humans (including falling in love with the girl next door), and prepare for the ancient trial-by-combat every apprentice must pass at sixteen or be forced to become mortal.


RMM: How long was the journey from the idea to the physical book?
DK: From first sentence to publishing contract: eleven months. Then twelve months from signed contract to physical book. Bizarre, huh? Considering I had never written a thing, never even thought about being a writer, until I wrote Griffin Rising.


RMM: Who is one person that helped to inspire you to write your book?
DK: Not so much a person as an obscure legend from the Catholic Church during the Middle Ages about angels who were believed to control earth, fire, wind, and water. And thus the Terrae Angeli were born. Griffin, however, is the classic coming of age teen, but with a supernatural twist.


RMM: A little more on your characters. Which was the hardest to bring to life on the page?
DK: Katie, Griffin’s girlfriend. I have trouble writing females. Weird, since rumor has it I am one.

RMM: The easiest?
DK: It’s a toss up between Griffin and Basil.
Griffin: He is a true hero-in-the-making. He’s managed to retain a warm heart and generous spirit in the face of horrendous abuse. I love the way he grows throughout Book One, and even more so in Book Two.
Basil: He’s the perfect combination of warrior, sage, and father-figure to Griffin. A handsome devil with a few charming foibles and an English accent. 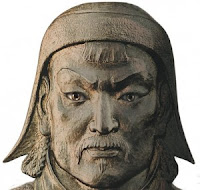 RMM: If you were a biographer, who's life would you choose to write about? (not your own!)
DK: Genghis Khan. I like his management style. 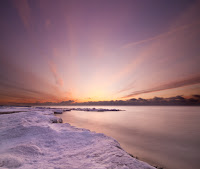 Wings or teleportation?
Neither. I suffer from acute motion sickness. I once threw up on a chair lift.

Knight protector or ruler of a kingdom?
Since Assistant Pig-Keeper is taken, I’ll go for knight protector. Then maybe I can have a horse again.


And finally, Why write for younger readers?
Because grown-up stuff is boooooring.

Thanks, Lillie, for having me on your blog. I enjoyed these questions immensely!

RMM: Thank you Darby, for consenting to answer my questions!


I'm really looking forward to reading GRIFFIN RISING. It sounds like a great new take on angels, and I'll be posting my review in early May. Readers: come back to see my thoughts.

Author Bio:
All her life, the archetypal hero and his journey have enthralled Darby Karchut. A native of New Mexico, Darby grew up in a family that venerated books and she spent her childhood devouring one fantasy novel after another. Fascinated by mythologies from around the world, she attended the University of New Mexico, graduating with a degree in anthropology. After moving to Colorado, she then earned a Master’s in education and became a social studies teacher.

Drawing from her extensive knowledge of world cultures, she blends ancient myths with modern urban life to write stories that relate to young teens today.

Darby is a member of the Society of Children’s Book Writers and Illustrators and the Pikes Peak Writers Guild. She lives in Colorado Springs, Colorado with her husband, where she still teaches at a local junior high school. She enjoys running, biking, and skiing the Rocky Mountains in all types of weather.

Griffin Rising is her first novel.