It's A Cover Reveal! Check out this interesting-sounding upcoming NA, hosted by Kathy of I Am A Reader, Not A Writer and Book Blasts And Blog Tours. 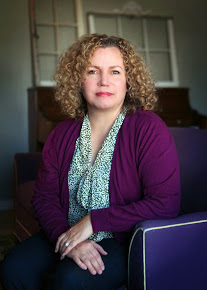 About The Author:
Karey White grew up in Utah, Idaho, Oregon, and Missouri. She attended Ricks College and Brigham Young University. Her first novel, Gifted, was a Whitney Award Finalist.

She loves to travel, read, bake treats, and spend time with family and friends. She and her husband are the parents of four great children. She teaches summer creative writing courses to young people and is currently working on her next book.

Blurb:
After being dragged to the 2005 movie Pride and Prejudice by her mother, sixteen-year-old Elizabeth’s life changes when Matthew Macfadyen’s Mr. Darcy appears on the screen. Lizzie falls hard and makes a promise to herself that she will settle for nothing less than her own Mr. Darcy. This ill-advised pledge threatens to ruin any chance of finding true love. During the six intervening years, she has refused to give any interested suitors a chance. They weren’t Mr. Darcy enough.

Coerced by her roommate, Elizabeth agrees to give the next interested guy ten dates before she dumps him. That guy is Chad, a kind and thoughtful science teacher and swim coach. While she’s dating Chad, her dream comes true in the form of a wealthy bookstore owner named Matt Dawson, who looks and acts like her Mr. Darcy. Of course she has to follow her dream. But as Elizabeth simultaneously dates a regular guy and the dazzling Mr. Dawson, she’s forced to re-evaluate what it was she loved about Mr. Darcy in the first place.


It was a busy Monday morning. I was looking out at the line of waiting customers when he walked in. I gasped, shut my thumb in my cash drawer, and then tried not to cry while Mr. Sandoval from a hearing aid store asked me if I was okay.

When I finished Mr. Sandoval’s transaction, I looked at him again. He was taller than anyone in the room. Of course. His hair was dark and a little disheveled. It was hard to see from where I was, but his eyes looked like they were blue. And best of all, he didn’t smile. He looked gorgeously unpleasant and impatient. He looked around the room and his eyes met mine. Still he didn’t smile. My heart was racing. He looked perfect.

I did my best to time it so I’d be his teller. I went a little too fast with one customer and accidentally shorted her a twenty dollar bill. I tried to concentrate as I corrected the transaction. I slowed way down on the next customer, but just when I thought I was finished and would be able to help him next, my customer asked me to break a ten into change. He walked up to Courtney’s window while I counted out nickels and dimes. Furious, I stomped my foot. Not too loudly but enough to release a little of my frustration.

I listened closely as Courtney helped him to see if I could learn anything, but he hardly spoke. He gave a terse nod when Courtney thanked him for coming in and turned on his heel and left. He had excellent posture and a nice, confident stride.

I finished with my customer, and then before anyone else could step forward, I picked up the phone and dialed Courtney’s extension. She glanced at her phone’s display and looked over at me curiously.

“Who was that?” I whispered when she picked up the receiver.

“Elizabeth, look how many customers there are.”

“I know. Just tell me who that was.” I watched as Courtney picked up her last transaction slip.

“His name is Matt Dawson.”

“I have no idea,” Courtney said.

“Was he wearing a ring?”

“I just need to know about him.”

“Well, I don’t know anything about him and Delia’s watching us. I’ve gotta go.”

Matt Dawson. Matt. Matthew. Like Matthew Macfadyen. Dawson. It was pretty close to Darcy. The only way it could be better is if his name was Fitzwilliam but I’d never met a Fitzwilliam in my life. 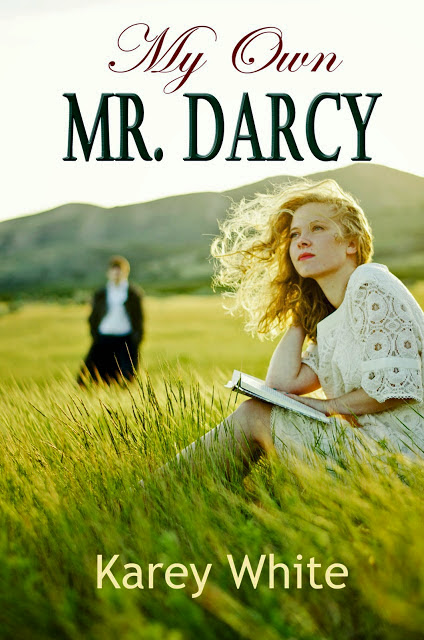