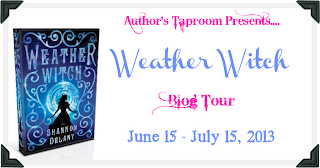 Read My Mind is super happy to be part of the WEATHER WITCH blog tour today! Thanks to Shannon Delany and The Author's Taproom, who is hosting the tour. This upcoming YA takes place in my current and home town residence, and I got a chance to ask Shannon Delany: Why use Philadelphia as the setting for a steampunky, historical paranormal? 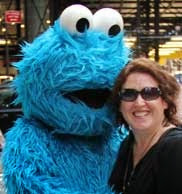 About The Author:
Shannon Delany has always been surrounded by books! Her aunt was a head librarian and her father was always trying some new creative endeavor. She grew up with a fierce love of history and studied social studies education and foreign language and culture in college.

After substitute teaching in every grade level and subject area in Pennsylvania and Maryland she taught for five years in Florida and then moved back north to be around family.

With the birth of her son she decided to become serious about writing and worked freelance jobs until she landed a contract with St. Martin's Press for the 13 TO LIFE series--all because of a contest one critique partner warned her against!

I have an absolute love of Philly. I grew up an hour outside of the city and got to visit it pretty frequently. I enjoy New York City, but Philly has a warmth and a colonial feel that seems to steep into even the tallest and most modern of buildings. From the waterfront to Society Hill, the Fabric District, South Street and Reading Terminal Market--there is truly something for everyone and yet it's not overwhelming. Philly doesn't try to crush you...

Philly is also a strong supporter of the arts and art education. I respect that so very much!

Philly has a rich and readily accessible and welcoming history which draws people in and makes me want to return and research more and more. And although the Philadelphia I use in the Weather Witch series is definitely fictitious (I mess with the geography and take certain liberties with the history I adore) there is still enough of Philadelphia there that I hope people are made curious about the city and want to learn more--and visit the City of Brotherly Love!

The young man no longer stuck to the shadows, no longer waited until nightfall to work his
magick--or mischief as those Grounded would claim. He was tall and broad of shoulder with
dark hair and gray eyes and a coolness about him that made people think of first frosts and
snowfalls. And with good reason.

Because Marion Kruse was a cold-hearted young man.

Truth be told, He wanted nothing more than to return to a simpler time. A time he didn't wander
the roads and towns doing small things to amuse himself and set others to wondering. He wanted
nothing more to be back at his mother's feet, reading books about pirates and scoundrels that
made her laugh and tell him and his brother to never grow up to be wicked--that goodness was its own reward.

He wanted nothing more than to grow fat on Chloe's generously proportioned biscuits and call
her "nanny" again. Nothing more than to go fox hunting with his father and friends (even that
frustrating pretty boy Rowen Burchette) and dance with an attractive girl.

He wanted nothing more than to go back to before he'd been Made.

But Marion had been taught that going back was nigh unto impossible. 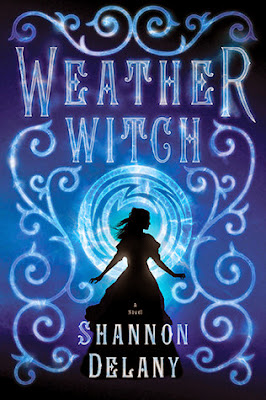 Blurb:
In a vastly different and darker Philadelphia of 1844, steam power has been repressed, war threatens from deep, dark waters, and one young lady of high social standing is expecting a surprise at her seventeenth birthday party–but certainly not the one she gets!

Jordan Astraea, who has lived out all of her life in Philadelphia’s most exclusive neighborhood, is preparing to celebrate her birthday with friends, family and all the extravagance they might muster. The young man who is most often her dashing companion, Rowen Burchette, has told her a surprise awaits her and her best friend, Catrina Hollindale, wouldn’t miss this night for all the world!

But storm clouds are gathering and threatening to do far more than dampen her party plans because someone in the Astraea household has committed the greatest of social sins by Harboring a Weather Witch.