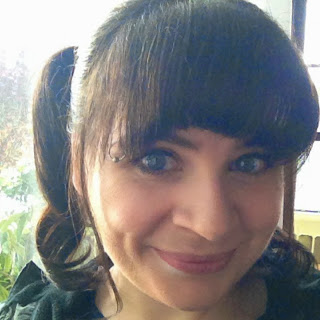 If she couldn’t write, she would die.

RMM: The White Years is the second novel-length series involving characters from the Original Sinners. When you first started writing, did you always plan to delve into Nora's past this way?

TR: After I was finished writing THE SIREN I knew I had so many more stories to tell about these characters. I wanted to show what happened to Michael after he lost his virginity to Nora. I wanted to show Griffin finding true love. I wanted to figure out who this Kingsley Edge person was. And more than anything else, I wanted to show why Nora going back to Søren was not only inevitable, but the right thing for her to do. So yes, I always wanted to go back into her past. It’s weird and kinky there.

RMM: Besides the Original Sinners full length novels, you've also written many short stories involving the OS characters. Do you plan to keep doing that? Any future plans to publish another anthology with Megan Hart?

TR: I’m writing eight full-length Original Sinners novels. Maybe a couple more novellas. After that I’ll write an entirely new series in an entirely different genre. The book with Megan Hart isn’t really an anthology. We both wrote Cosmo Red Hot Reads and Cosmo wanted to put them into print. They’re not quite long enough on their own for print but if you put two into one book, voila! Since Megan and I both write on the spicier side, they thought we’d be a good fit together. So no, no plans for more of those. That was just a happy accident.

RMM: Moving away from your books, you're very active on social media, especially Twitter. Have you ever been asked a question you didn't want to answer?

TR: Oh yes, all the time. Some people (and it’s a very small number) have boundary issues. I really dislike it when people ask for things like free stories or free copies of my books. I have bills to pay, cats to feed. I can’t give away things constantly. I can’t work for free. But again, that’s a very small number of people. Overall my interactions with fans are 99.9% positive and .1% “are you kidding me?”

RMM: And finally, just because, can you anagram the names Nora, Kingsley, Soren, Michael, and Griffin into a interesting phrase?

TR: Nope. But an internet anagram generator came up with “A Offence Mingling Kink Sir Sorry.” 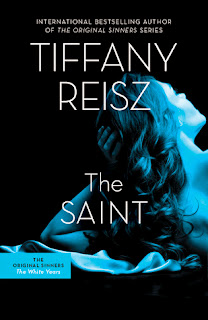 
In the beginning, there was him.

Gutsy, green-eyed Eleanor never met a rule she didn't want to break. She's sick of her mother's zealotry and the confines of Catholic school, and declares she'll never go to church again. But her first glimpse of beautiful, magnetic Father Søren Stearns and his lust-worthy Italian motorcycle is an epiphany. Suddenly, daily Mass seems like a reward, and her punishment is the ache she feels when they're apart. He is intelligent and insightful and he seems to know her intimately at her very core. Eleanor is consumed—and even she knows that can't be right.

But when one desperate mistake nearly costs Eleanor everything, it is Søren who steps in to save her. She vows to repay him with complete obedience…and a whole world opens before her as he reveals to her his deepest secrets.

Danger can be managed—pain, welcomed. Everything is about to begin.

Read Chapter 1 of The Saint, HERE.

Read an Excerpt from The Saint: Eleanor and Kingsley Finally Meet, HERE.