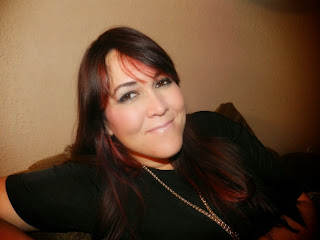 And that’s exactly what she did. After working hard as an attorney, Sidney picked up a pen for the first time at thirty years old to begin her dream of writing. Having never written anything other than very exciting legal briefs, she found an outlet for her imaginative romantic side and wrote the successful New Adult series, Seeing Red and Seeing Black. That first pen stroke sealed the deal and she fell in love with writing. Currently on sale is the bestselling contemporary romance, Against the Cage and soon to be released Full Contact, the second of the Worth the Fight series.

Sidney lives in South Florida with her husband and children. She loves her family above all else, and reading follows a close second. When she’s not writing you can find her reading and reading and reading… She’s a reader first and foremost.When she’s not writing or reading her life is complete and utter chaos trying to balance family life with work, and writing (and reading). But she wouldn’t have it any other way., she found an outlet for her imaginative romantic side and wrote Seeing Red, among four other novels currently in the works, including the sequel to Seeing Red. That first pen stroke sealed the deal and she fell in love with writing.

Slade took her hand and led her out of the Pier toward her car. He leaned against it and pulled her to him. His head came down to her neck and he began to kiss her softly. Jessica tried to pull away, but he tightened his hold. “Thought you never got jealous.”

Jessica whipped her head back in order to look at his face, which was sporting a huge grin. “Jealous? Please. I am not jealous.”

“Slade. Please. I have to go back to work, and you’re still dripping beer from your hair.”

“I think I haven’t made things clear to you yet. I want you to listen.” He nuzzled her neck, placing feather-light kisses in that sweet spot that made her want to concede to any request he could possibly make. The vibration of his voice against her skin made her erupt into goose bumps. His grip was tight around her waist.

“Everything is perfectly clear, Slade. No need to explain” Her voice came out hoarse.

“I don’t have a harem. I don’t have groupies. I’m not a virgin, but neither are you. The past is the past and I won’t make excuses for it. I don’t like drama, Jessica. I won’t stand for it. I want peace in my life.”

“I never lied to any woman I’ve slept with. I don’t normally do relationships. I have fun. They knew that. The problem with women is that they think they are going to be the one that changes me. That is a delusion they made up, and certainly not something I led them to believe.”

“So this is the part when you tell me about all the fun you want to have with me?” She tried to push back, but he wouldn’t loosen his grip.

“No, baby. This is the part when I tell you that with you, little Miss Drama Queen, I don’t just want to have fun. Why do you think I’ve been chasing you all this time? Just for some tail? No. I want more. To be honest, I don’t know how much more. I’ve never really done . . . this.” He drew back slightly and gestured to the space between them. “But I can promise you, if I tell you I want something more with you, I’m not going to be with other women while I’m with you.” 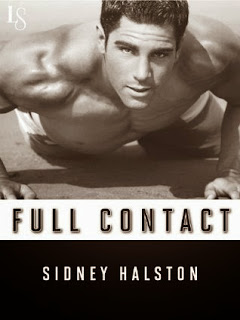 Sidney Halston returns to steamy Tarpon Springs, Florida, where a hell-raising bad boy prepares to get down and dirty for the woman he loves.

How could she have been so stupid? When Jessica Cross decides to give her violently jealous boyfriend—the otherwise influential and charming Dennis Stavros—a second chance, she very nearly becomes a statistic. After weeks of healing from a broken rib and collapsed lung, and with Dennis behind bars, Jessica finally feels ready to come out of hiding. But will she ever be able to take a chance on love again with someone new?

Mixed martial arts fighter Slade Martin knows he has a bad reputation. Hell, he's probably earned it. So it won’t be easy to convince beautiful, vulnerable Jessica that she can trust him—that from the moment she walked into his life, she’s been the only one he’s wanted. Powerful and confident, Slade knows he can honor his vow to protect Jessica body and soul. Winning her heart will be another matter . . . but a woman like Jessica is worth the fight.


Check out the rest of the Worth the Fight Series on Goodreads HERE.