In my spare time, I write of course. I also read, garden, travel, cook, and almost never clean. I just started watching Walking Dead on Netflix (zombie erotica, anyone?), and I’m impatiently awaiting the next episode of Doctor Who. (I would kill for a TARDIS.)

I’ve scribbled bits and pieces all my life, chiefly inspired by what I’m reading, which tends to be mainly science-fiction and fantasy, with a healthy sprinkling of romance and erotica thrown in.

I’m a huge believer in happily-ever-after, but tempered by real life, where happily-ever-after is possible, but takes work. My favorite kind of romance stories are ones that are somewhat believable; I like strong men and women who know what they want out of life, and are driven to get it.

I love reader email; I can be reached at taracrescent@gmail.com. 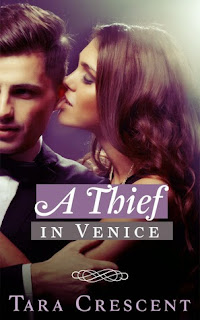 For seven years, Lucia Petrucci has stolen a painting every year to keep the memory of her parents alive. But now she has made a mistake. She has crossed the most dangerous man in Venice. Antonio Moretti, Head of the Thieves Guild.

She has stolen from Antonio, and he wants retribution. Can Lucia pay his price? 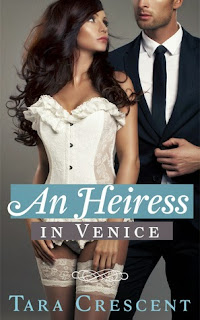 She is Alice Blackwell, an American heiress who has fled to Venice. She comes to Club Casanova, hoping to explore the submissive desires she has held in check for many years.

He dominates her. She submits to him.

But Alice has a past, and it is determined to reclaim her. 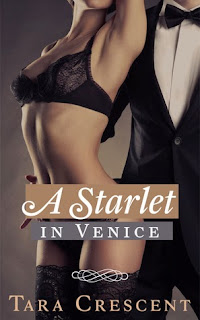 Every single man who looks at me wants me. To them, I am merely a sexy body, there to play a leading role in their wet dreams. I am never anything more.