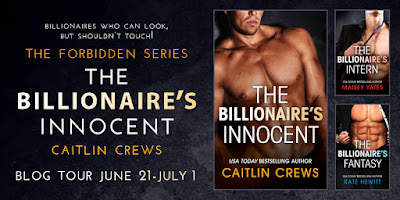 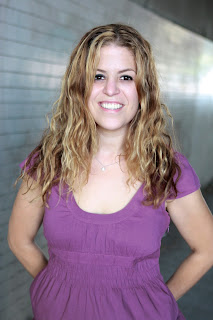 Caitlin Crews discovered her first romance novel at the age of twelve and has since conducted a life-long love affair with romance novels, many of which she insists on keeping near her at all times. She currently lives in California, with her animator/comic book artist husband and their menagerie of ridiculous animals.

What is your favorite scene in The Billionaire’s Innocent?
I really love the opening scene! I loved the idea that Nora could be doing this very brave, very foolish thing and see the man of her dreams stroll in, potentially making him an absolute villain—and she’s still attracted to him! And she can’t control it! *sigh* I had a lot of fun with that.

Did you collaborate with the other authors writing for The Forbidden Series?
Oh yes! I couldn’t have done it without Maisey and Kate. They are so much fun to work with!

One word to describe this series?
Delicious!

If you were a billionaire what would be the first thing you would spend your money on?
A private jet to shuttle me between my numerous homes in exotic locales… Wouldn’t that be nice?

The Forbidden Series is a trilogy of sexier reads with serialized release dates and a different author for each title! Each week a new part of these seductive reads will be released so be sure and follow along for some flirty fun!

For Logan Black, Jaiven Rodriguez and Zair al Ruyi, New York is spread out before them like the Garden of Eden…and no one knows the sweet taste of forbidden fruit better than America’s most ruthless billionaires! Jaded, cynical, with a darkness that threatens to consume them whole, they think they’ve seen it all. But temptation has something new in store for each of them… 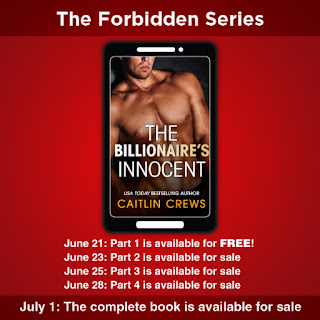 When Nora Grant decided she wanted to make something of her life, she didn’t realize it would lead straight to Prince Zair al Ruyi. Beneath his polished royalty, Zair has warrior’s blood running through his veins, and he’s found his next conquest! No matter how innocent Nora is, she can’t resist the touch of this royal billionaire.