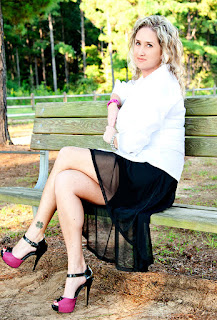 I'm a California girl living in land-locked Colorado. Lover of red wine, wearer of fabulous shoes, and a die-hard Niner fan, I'm also an editor at heart. I've written over a dozen books and short stories that contain both contemporary/new adult and paranormal romance that are a little bit badass, a little heart-wrenching, and sorta funny (to me, anyway). Almost all my books usually contain law enforcement or military undertones, since strong, brave, alpha men and women are my weaknesses. When I'm not writing, I can be found working at a very strange day job, which may or may not have some mild influences on my gripping stories - so strange, in fact, I think I'll write a book about it one day.

I'm also a proud member of the Romance Writers of America (RWA).


Excerpt from Above Protection:

He sighed and set the remote down. Picking up his plate, he stood but I was blocking his way. I moved right and he moved left, leaving me still blocking him. So I moved left, then he moved right, and we were still in the same predicament.

“Wanna dance?” I asked, thinking of all the times this would happen to my parents, and my daddy would ask my mom this.

Duke’s stormy blue eyes stared into mine, and setting his plate down on the end-table, he nodded slightly.

Did he just nod? Why don’t you stay? I’m down on my knees… I heard the singer croon.

Gently slipping a hand around my waist, he pulled me flush against his body and began to sway slightly. He continued to stare at me.

I’m so tired of being lonely, don’t I give you what you need?

In complete shock at the gesture, I tried to relax into his hold but I was just… just… stunned. Was I dancing with Duke Hawthorne?

His arm went around my shoulders and his warm hand gripped my neck.

When she calls you to go, there is one thing you should know…

Slowly, I reached my right arm to his backside and wrapped it around his solid waist. My other hand reached up and rested against his hard pec muscle.

We don’t have to live this way. Baby, why don’t you stay?

His hips began to sway, and as if my body had a mind of its own, I swayed with him. I couldn’t stop staring at him. His eyes bored into mine as if he wanted to say something. My head began to move in closer to his as we made slow circles around the small living room.

I can’t take it any longer, but my will is getting stronger, but I think I know exactly what I need…

As my face got closer, his did, too. When his face was inches from mine, my hand, without my permission, reached up and touched his cheek. The scruff of his beard felt good under my sensitive fingertips.

Then, Duke was kissing me. 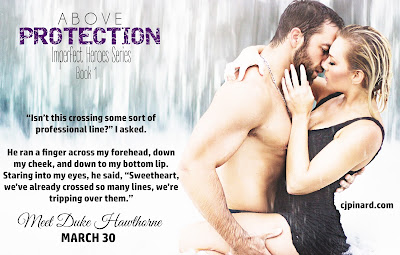 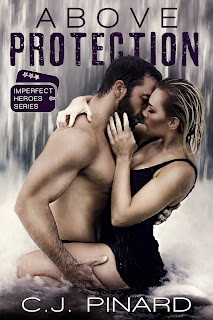 He's bearded, angry, highly trained, and has a job to do.

She's the damsel in distress who's smarter than she looks, and doesn't want anyone's help. Could it be they both need something neither will admit to? Fate fueled by the laws of attraction may just decide for them.

DUKE
I didn’t ask for this. I was just doing my job, and they have the nerve to put me on a Witness Protection detail? This is crap. I’ll do my assignment, then go back to my job and what I love – kicking ass and taking names. I hadn’t spent 6 years in the Marine Corps to be put on babysitting duty once I’d joined the FBI. The witness they assigned me to, Rayanne, is an annoying, brainless blonde with a sassy mouth and a body that belongs on a website you have to pay to access. Not that I noticed or anything.

RAYANNE
I can look after myself. I don’t need anyone’s help, and the government is being ridiculous for putting me in the Witness Protection Program. I'll testify against my former bosses and then go back to my life as a single girl in the big city. I love my career as a paralegal, and once this Neanderthal they’d assigned to babysit me is out of my life, I'll go back to it. I just wish he wasn’t so easy on the eyes. The beard, hard body, and that voice. Why couldn’t they have sent me someone ugly – and nice? Because Duke is neither of those things. 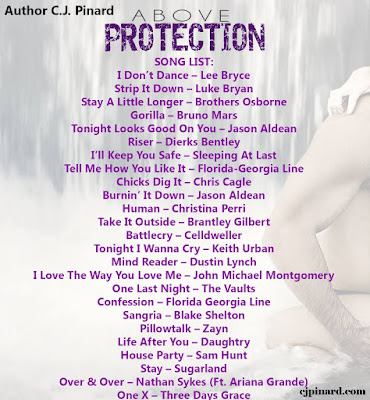