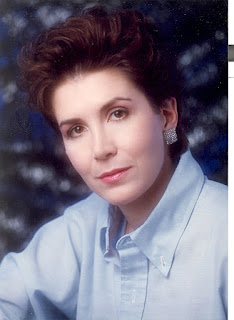 About The Author:
Bestselling author, LJ DeLeon is an Army brat and a world-traveled former CIA Intelligence Analyst who has seen enough of this world to appreciate other worlds. Working for the CIA was great training for writing fantasy, paranormal, and futuristic romance--and understanding the warrior mentality--amazing how real life and fiction overlap. Honor: the ultimate seduction.

Hi, I’m LJ DeLeon and am not only a writer but a bookaholic. I’m never seen without a book and will read anything put in front of me. If there isn’t a book around, I’ll read the ingredients on the back of a box.
My love of reading would come from both my parents. Mom was always reading. Dad had three books going at once—bathroom, bedroom, and family room. Once, I asked why so many at the same time? His answer was classic. Those are the rooms I spend most of my life. By having a book in each room, I don’t have to carry one with me from room-to-room. I’m more like my mother, one book at a time. My father was a career army officer. We moved so often that by the time I was in tenth grade, I was in my thirteenth school. Books were my one constant.
Christmas of 2010, my son gave me a Kindle. I thought I had died and gone to heaven. No longer were piles of books stacked on tables or the floor. My addiction is now hidden. However, to stay solvent, I get an Amazon gift card on the first of the month. That’s supposed to cover my purchases. Ha, I say. If you’re a reader, you can’t get enough books.
So, why did I become a writer? Again, it revolves around reading. We posted at the US Embassy, Berne, Switzerland and there weren’t any bookstores that carried what I loved to read—action adventure, paranormal/urban fantasy, romance, sci-fi, dystopian/post-apocalyptic, and mystery—in English and that were affordable. Once a month trips to the Stars and Strips in Heidelberg, Germany didn’t hack it. That meant, writing stories I wanted to read.
And so began my journey. I write books I love to read, cross genre action adventure/urban fantasy/paranormal romance. Out of this has come the Warriors for Light series, which is about the eternal struggle of good versus evil, made more difficult by not always knowing who is who. To quote Captain Kirk of Star Trek, “Good can triumph over evil, but it must be very, very careful.” I love complex characters, where even the good can step into shades of gray, and the bad will sometimes even surprise themselves.
There are four worlds in the series. The Abyss is the Dark Lord’s domain. hIfreann is the Goddess’ domain and that of her Paladins (the Seraphim—archangels to us norms) and the Saraph—über shapeshifters who can assume any shape but in battle are fire-breathing dragons. Otherworld is where the Fae and most other magickal creatures live. And finally, but not least, is Earth, where human norms unknowingly live beside magicks, some Fae, were-animals, and half-breeds of all the species.
Each world has its own rules and inhabitants. For the most part, they didn’t mingle until the Dark Lord decided he wanted to rule the other three worlds. Now demons roam Earth. Human norm society has been turned on its head. Belief systems are in turmoil. It has become a world where the young Eagle Scout next door just might be a were-eagle, or your favorite running back is a werewolf, or—gasp—your benign-looking Senator is a black magick mage. But worst of all, humans who have always viewed themselves as being at top food chain, suddenly discover themselves prey.
If you stop by my website www.warriorsforlight.com you can read full first chapters of Warrior’s Rise, Dragon Child, and Absolution. There is also a flash fiction/short story Deva’s Promise, which takes place on Deva’s—the heroine of Warrior’s Rise and the leader of the Army for Light—twelfth birthday. This story gives insight into why Deva reacts as she does at the mention of Harpies.

Thanks L.J. for stopping by!

I read anything too. When I was a child, my parents didn't allow books at the table, so I remember reading the same cereal box over and over, every single day, just to have something to read while I had breakfast! Now that I'm in charge, I bring my Nook to the table...


L.J. and Bewitching Book Tours are also giving away a $25 Bookstore Gift Card (winner's choice of store) during the tour. Enter via this FORM and be sure to leave a comment with an unusual place you might stash a book to enter. 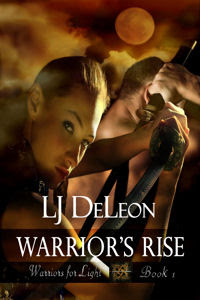 Warrior's Rise
For Fae-human half-breed Deva Morgan life as she knows it changes on her thirtieth birthday. One moment she's a barkeep, the next she is a warrior fated to save Earth from the Dark Lord and his demon hoard. Shunned by both her races, she faces a danger-filled quest with few allies. Too bad her powers haven't fully emerged or stabilized.

For Deva it is life or death, on-the-job training with her companion, Padraig Neal, a Fae warrior with a shadowed past. Can he quiet the storm raging inside her, help her harness the growing power within her, and provide a barrier between Deva and a fatal outcome? Will their love be enough to save Deva and stop the Dark Lord's demons from entering Earth?
Dragon Child 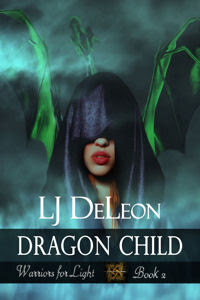 A fire-breathing dragon, Moira O'Neal, was exchanged at birth for a Fae princess. Discovering the truth, she escapes the cage of the royal court and joins forces with the sexiest wereleopard on Earthworld. She fights the urge to mate and the trap that comes with it as they race against time to find the missing princess and a master of the black arts who covets her power.

Major Steve Taylor, a wereleopard in the Army for Light, partners with the impetuous Moira in the middle a dangerous mission where failure means all their deaths. Worse, his leopard decides Moira is his mate, leaving the man at war with his cat. 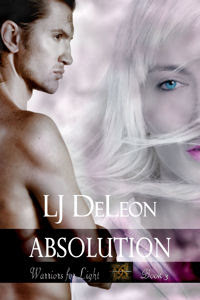 Absolution
He did the unforgivable. Druid Lucan Woods killed his surrogate father and best friend for the greater good. Wracked with guilt, he infiltrates a brotherhood of evil, hoping the mission is one way. Absolution may come from a missing Fae Princess, if he will accept it. Or will he reject her love and use her as a pawn in his drive to destroy the leader of the brotherhood?

Fae Princess Alanna has just learned her twin daughters are alive. She leaves hIfreann to search Earth for them. Only she can touch Luc’s heart. But will he let her? Will he open his stained soul and allow her to enter in time to save them both?