This book was given to me, by the author, as a contest prize
Picture courtesy of Good Reads

Overview
Eden Riley is a "psychic consultant" with the police. Nevermind, the fact that she didn't ask for the job. (Who knew that helping a desperate-sounding lady find her cat, would end up this way?) The police don't even believe in her talent, since she can't turn the connection on, like a faucet. And when she finds herself the host of a hellfire demon... well, it seems that fate may be laughing at Eden behind her back.

Although, the demon in question does happen to sound hunky. And, when Eden gets a look at him, she has a hard time remembering that she wants to get rid of him. Plus, the whole pain of exorcism (to the both of them) isn't a walk in the park, either.

Darrak was cursed by a witch, and shouldn't be able to take corporeal form; Eden gives him this ablility for the first time in 300 years, through her talent. Darrak needs to convince her to help him find the witch, so that he can become whole again. Eden has her doubts that Darrak is a "good" demon. But, whether she trusts him or not, the two are stuck together, until Darrak can find a way to break his curse.

I Liked -- Plot: I really like how Eden's interaction with Darrak ended up making her a beacon for other supernatural beings, and those with special abilities. One minute, she's a reluctant consultant to the police, and co-owner of a failing investigative business. The next, she's taking cases from werewolves! Also, I thought it was interesting that Eden was so unsure about Darrak. I liked that she didn't just set out to help him; that she wasn't instantly accepting of who and what he was.

I Liked -- Character: Somehow, I always seem to be able to find a minor character that is really interesting to me. In THE DEMON IN ME, that was Leena. She is a shapeshifter that seeks refuge with Eden. I love her attitude, her directness, and independence. The dialog written for her is snappy, and Rowen infuses her with the same personality that her alter form (a cat) would possess. 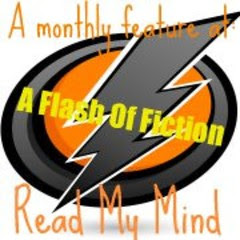