A Flash Of Fiction: Day One (JULY)

Overview
Elijah Elliot is a highly capable businessman. Not only does he decide to start his own business, after making his mark in a prestigious advertising firm, he lures away Beatrix London from the same firm. As his associate, the two work well together, but Elijah has other 'dreams' of them working together. Dreams that don't involve much clothing.

Little does he know that Bea feels the same way about him. And, then the two are pushed to work very closely on a racy advertising campaign. It won't be long before all bets are off, and Elijah and Bea find themselves unable to deny their mutual attraction.

I Liked -- Plot: COIN OPERATED is a smexy quick read, where Elijah and Bea have several sexual encounters from the outset- that turn out to be fantasies. Obviously for a novella, the characters have to have a previous knowledge of each other, otherwise it might seem... sordid. Ginny Glass solves that by making the two long time associates, and moves the pace along with their hot-under-the-collar imaginings.

I Liked -- Character: I was all about Elijah! He was a good alpha guy, taking charge in his fantasies, and their real encounters, but not coming off as a neanderthal. Plus, the inventive way that he used those spare quarters from the laundry room... 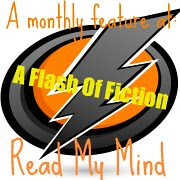