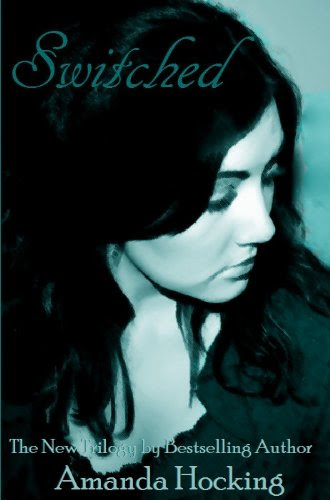 I received this book for review, from the author, Amanda Hocking


Review:
Wendy Everly's childhood has been defined by the incident that happened when she was six years old. The incident where her mother tried to kill her, certain that Wendy was not her child. And, as she grows older, her mother holds onto that certainty, even when deemed "insane".

Wendy's world is upended when she finds out that her mother somehow knew the real truth. She isn't an Everly. She was switched at birth by the mysterious Trylle. Now, she must return to them, and with the help of Finn, take her rightful place amongst her own people.

Wendy has to repatriate herself among people where she supposedly belonged, but has no knowledge how to be one of them. The Trylle are far from human, and she has a hard time relinquishing the idea that she is one of them. I liked the more low-key aspect of SWITCHED. Most of the fantasy that I read has ramped-up danger, death threats, and a higher octane romantic feature to it. But, this novel has more intrigue, political machinations and hidden secrets, and in less pages than the average YA print book.

As a princess of the group, much is expected of Wendy, and Finn is supposed to be her guide in these matters. However, it did seem that she missed out on many of the undercurrents of silent communication that ran from Trylle to Trylle, and definitely that of Elora, the queen. This could be attributed to her recent arrival, and her more important place in the Trylle hierarchy, but I felt as if she was being a little willfully ignorant.

Closer to the end, it's more clear that the tension between Finn and Wendy could actually amount to some action, in this part of the trilogy. The tipping point of their relationship is written well, and though Wendy's story itself doesn't end, Hocking writes a good completion to this part of the story, while keeping me on the hook for the rest of the series.