According to Good Reads, which I have been a member of since March 2010, I have read 155 books so far. This is the place that I record all of the books that I read, as long as it's in their database, so I can keep a tally of my progress. Not only are the winter months (where I definitely read more) not represented in my GoodReads total, I know that there are, at least, another 30-40 books that were either not in the Good Reads database, or were re-reads that I didn't record. Since, it seems that 100 books is no problem for me, I am going to try this challenge for 2011. 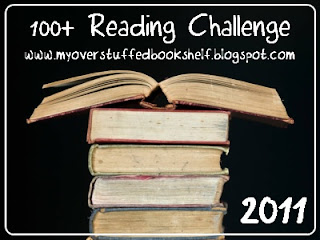 My Overstuffed Bookshelf is hosting this challenge, whose target is just like it says: To read 100+ books from January 1, 2011 to December 31. Click over to see more details.


I will be coming back to this post and adding the books that I read as I go along.