Series: none
Source: Publisher, no compensation for honest review 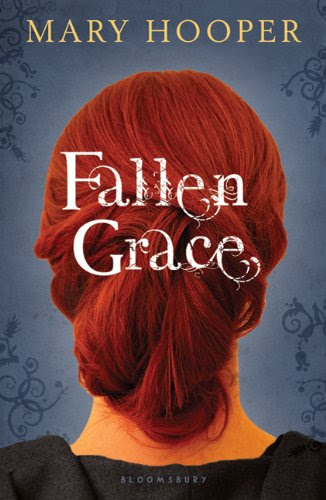 From Good Reads:
Life has been nothing but unfair to Grace Parkes and her sister. Penniless, the two orphans manage to stay alive—but only barely, like so many on the streets of Victorian London. And Grace must bear a greater heartbreak, having become pregnant from terrible circumstances and then given birth to a stillborn baby. But the infant's death sets Grace on a new path, bringing her into contact with people who hold both riches and power. A great fraud has been perpetrated on young Grace and her sister, and they are the secret recipients of a most unusual legacy—if only they can find the means to claim it.


My Review:
FALLEN GRACE is billed as a Dickensian novel about a young girl, her sister, and the misfortune that they encounter after a terrible event that Grace has to endure. The billing does not lie. But, I thought that the novel deserves so much more than just the moniker, Dickensian. Yes, it has some of the same themes, but the characters are uniquely their own, and Mary Hooper's writing is excellent.

Grace and Lily are the two characters that the reader spends the most time with, though there are brief interludes where the villians of the novel get their gratuitous hand-rubbing and evil plan-making point of view. Grace and her sister have had misfortune upon misfortune delivered to them. They live in poverty, with every day bringing the possibility of no food, or having to sell another of their meager belongings. What seems as good luck, just at the time that they are at their lowest, is quite the opposite.

Though FALLEN GRACE is not filled with action and adventure, Hooper sets a nice pace that moves the two girls, and the plot, closer and closer to the time when they might discover a secret that would change their lives. I actually liked the close calls, and the different mis-steps that stop them from finding out their destiny too soon.

FALLEN GRACE is the first book by this author that I have had the opportunity to read, but Hooper is an veteran writer with many children's and YA books having been published in the UK (where she is from). Her skill with the written word is demonstrated here, and I will definitely be looking to read some of her other titles.