About The Author:
A military brat to the core, Kris Cook never put down deep roots in any particular geographic location. Until Dallas, Texas. Why? Kris loves the sun. A voracious reader, Kris loves many genres of fiction, but this writer’s favorite books are romances that are edgy, sexy, with rich characters and unique challenges. Kris has won and placed in several writing contests in the past couple of years. His Eternally Three series is receiving much acclaim.

Previously, Cook and sister were a writing team. Cook's sister died in 2003 from cancer. The duo wrote plays and screenplays. Before becoming a writer, Cook worked as a radio announcer, a waiter, and a realtor.


Good morning everyone. Kris Cook here. If you didn’t know already... I’m a man. A gay man at that. I write romance ranging from m/f to m/m and the variations within that scope. Keep on reading to get a glimpse into my world as a male author writing in what is generally a woman’s realm. Oh and of course there is a giveaway at the end.

I get barley any email or two a week from strong-opinionated readers who find out that I’m a man–and gay. The level of confusion varies from email to email. They are usually civil and sweet, though some are often are quite pointed.

I considered answering this reader but thought better of it. She’s entitled to her opinion. That’s the beauty of being an author and also the trial of being an author. Once the book is out there in the public it is no longer yours; it’s the readers.

Good, bad, or indifferent opinions will come and go. It’s okay. I love each of my stories. They moved me or I wouldn’t have written them. Still, I see their faults. Every typo or wrong turn or scene that didn’t quite hit the mark I was hoping for often keeps me up at night like a parent worried their child’s weaknesses will be judged too harshly.

I’m no perfectionist but there are things in each of my stories I would change if I could.

My first completed work was a play that I co-wrote with my sister. It took years and years. I tinkered and tinkered with every sentence and word. Like a pregnancy, which had gone way past the due date, I kept my baby inside, trapped in my desk. One day, my sister said, “Enough. You’re not making it better. You’re only changing it.” I’m not sure she was correct, but I finally did submit it to a contest. It won. Now, years later, I still have things I would change about it. Little things. Blue eyes to green eyes. Long nose to short nose. But my babies are out there in the world, warts and all.

The obvious retort to the accusations from the pointed emails might be that if male authors can’t write women characters truthfully, how can female authors write male characters truthfully. I won’t make that argument though. Instead, I’ll share my perspective and how I approach writing romance. Like I mentioned in an earlier post, my feminine side is dominant when it comes to relationships. Sex means nothing without some feelings attached to it. The deeper the internal intimacy the more I connect and can enjoy the bedroom. Do I hit the mark in my fiction? I hope so. I sure try. Still, the readers who doubt my ability to write romance make me work harder, strive more, and tinker longer on my books for women. Those who are willing to take a chance on my stories and spend their money on them deserve my best.

I have mentors who are very successful women in the genre who I consult when writing. I lean on them when I feel I might be glossing over the emotions of my characters. They’ve been so wonderful to help me.

So what do you think about men writing romance? Leave a comment letting me know and you’ll be in the running for a $10 Amazon gift card. Make sure you leave a way to be contacted in case you win. My PA Brandy will be handling that side of things.

Did you catch that? Just answer Kris' question (bolded at the end of his post) in comments to be entered for a chance at a $10 Amazon GC. Ends September 30th, 11:59 EDT. 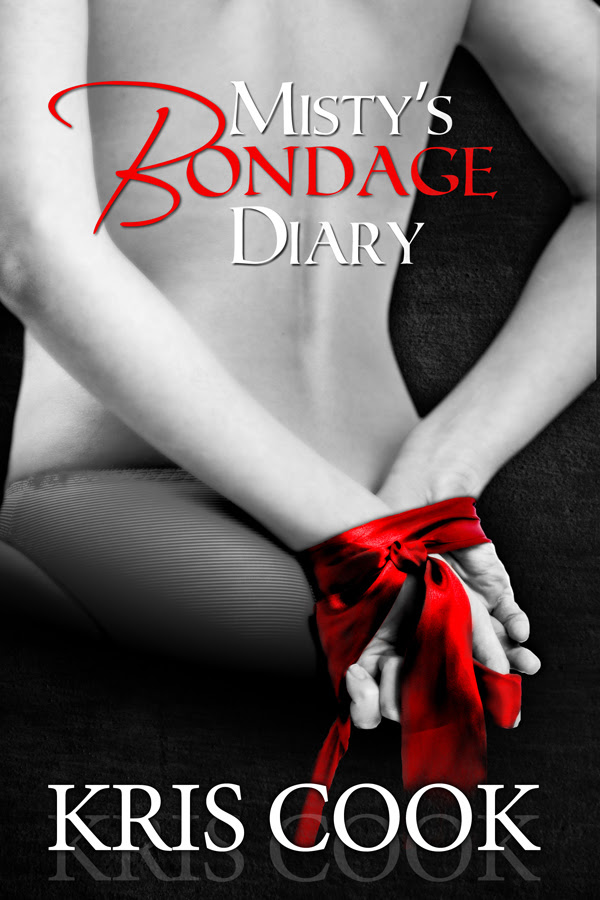 Read the intimate details of the journey of sexual discovery and love found from the personal diaries of several women.

Lea is single again after a long, dispassionate engagement. Though she’s ready to let loose and discover what she’s been missing, her size fourteen body keeps her from taking the leap.

Misty is a woman who has had dated her share of liars. She distrusts her instincts when it comes to men. She’s withdrawn into herself so deep that opening up to anyone is next to impossible.

Ella is a capable woman with a high-powered job, but making all the tough decisions during the day has become exhausting. She’s more than ready to turn over everything to the right man at night.