The Night After (Release) Dual Review: The Prince by Tiffany Reisz

JL from An Avid Reader's Musings guest posted at Read My Mind when we double reviewed THE ANGEL by Tiffany Reisz. She's back in another dual review of the next book in the ORIGINAL SINNERS series, THE PRINCE! 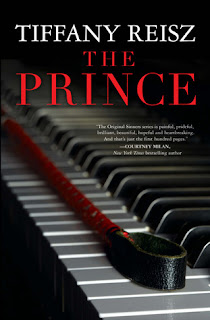 Wes Railey is still the object of Nora's tamest yet most maddening fantasies, and the one man she can't forget. He's young. He's wonderful. He's also thoroughbred royalty and she's in "his" world now. But Nora is no simpering Southern belle, and her dream of fitting into Wesley's world is perpetually at odds with her dear Søren's relentlessly seductive pull.

Two worlds of wealth and passion call to her and whichever one Nora chooses, it will be the hardest decision she will ever have to make... unless someone makes it for her...

It's gotta be Kingsley, doesn't it?! Ok, so Søren is my overall favorite from the first time his name was uttered in THE SIREN, but this book exposes (pun intended) so so much about Kingsley, his personality and his kink. The way that Tiffany Reisz explored his feelings and the pain that he endured in the days and weeks after Søren and he are first together... that's what made me respect Kingsley as a character. And especially as a boy-man who's discovered that his sexuality is not, by any means, average.

Kingsley looked down and saw his hand had developed a subtle tremor. Matthew saw it, too. "Don't feel bad." The boy nodded with the wisdom of a sage. "He does that to everybody." Reaching up to his neck, Søren pulled off his Roman collar. He stepped back into Kingsley's bedroom and locked the door behind him. God closed His eyes. "Wesley... never fuck with a sadist. For Søren, torture's just foreplay." "I do love him. Love and having an escape plan are not mutually exclusive. They are, in fact, both highly recommended."


THE SIREN was sharp, smart and echoed the sassiness of Nora, as well as the no-holds-barred attitude of Zach. THE ANGEL was sumptuously sexual, as it explored the "while the cat's away..." situation that Nora, Griffin and Michael found themselves in. However, THE PRINCE was much more lyrical and turbulent at the same time.


Though Nora and Wes are back together, what shone was the relationship of Søren and Kingsley. The reader gets a chance to see how the two met and evolved. Reisz lays out a land mine of a story here. At every turn, a new bomb is discovered, and the reader has to navigate the intricacies of a field set to explode.

Favorite character and what scene decided this favorite:

Kingsley is still my favorite character by far, in THE ORIGINAL SINNERS series, but I have to say Søren endeared himself to me in THE PRINCE. My favorite scene is between Kingsley and Søren, after their first sexual encounter as teens, when Søren explains to Kingsley that he can only get aroused if he causes pain. The conversation between the two is great. Søren is unapologetic about the level of pain and damage he caused to Kingsley, yet there is something about him saying he will make an effort to not be as brutal during their next encounter, that pulled at me. Their discussion is frank and open and Kingsley accepts Søren for who is he, without reservations.

"He drank pain in those days, drank it like water, got drunk on it like wine. For years now, his tongue had been dry with the thirst to drink it again."

"Perhaps people like him-the men who felt that rush of power when bringing a woman to the edge of terror...or who, also like him, felt that rush of bliss when brought to their knees-really didn't belong in the world. Not in the daylight world, anyway, the downstairs world, the world that made itself presentable for company. He and his kind belonged in darkness, in the night, in the upstairs rooms where no one was allowed to go."

This was me on reading the ending of THE PRINCE. Talk about cliffhanger! Author Tiffany Reisz isn't kidding around when she says she is the queen of the mindfuck.

But going beyond the ending, THE PRINCE gives readers valuable insight into the past relationship between Kingsley and Søren, something that is only hinted at in the two previous books (THE SIREN and THE ANGEL). Nora is also presented in a different light as she explores her relationship with Wesley. It's very interesting to see the juxtaposition of Søren's past relationship and Nora's present one. I also loved seeing a different facet of Kingsley's character.
If you haven't had a chance to read THE PRINCE, go out and buy it today! Be aware though, this book is clearly in a series and you must read THE SIREN and THE ANGEL first. Both can be purchased from the Harlequin website HERE, in print or ebook format. 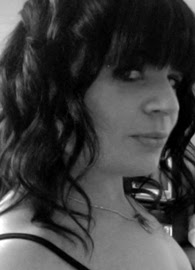 If she couldn’t write, she would die.


This book was provided by NetGalley, in exchange for my honest review only