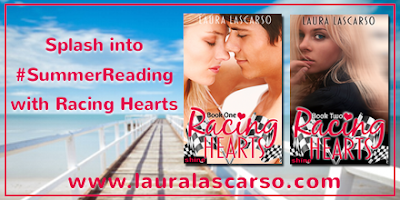 4th of July, after Brooke wins her first race down at the Circle-Circle

“There one goes.” She pointed to the sky. “You missed it, Jesse.”

A lazy, contented smile spread across his face. His whole body felt relaxed, his mind at peace.

“So many falling stars,” she said dreamily.

He turned his head skyward. “It’s not a star, babe, it’s a meteor.”

“A big rock being burned up by the Earth’s atmosphere.”   “A ball of fire,” she mused. “You learn that in school?”

“My dad was a backyard astronomer. That’s what he called himself. He had a few telescopes. We used to camp out in the backyard and stargaze.”

“What about stars then? Do they ever fall?”

“Not unless they’re being pulled by something bigger, like a black hole. Those are like anti-stars. They suck in energy and matter, like a vacuum. Some can swallow whole other stars, as big as the sun. Nobody knows where it all goes.”

“So we could be swallowed up at any second?”

Jesse had never thought about it like that. “Yep.”

“All gone.” He realized then that he’d been able to talk about his father without feeling quite so empty. In her company he felt better, about everything. He felt…happy.

He propped himself up on one elbow to look at her, inching down the blanket to reveal more and more of her beautiful skin. He leaned down to kiss the tops of her breasts and she didn’t stop him. Her eyes were on far-off places, pondering black holes and dying stars and the infirmity of life.

“I love you,” he whispered.

She looked away, embarrassed, and smiled her little smile. He leaned in and kissed her lips, sweet and low. She was summertime and honeycomb and everything sticky and sweet. A heady perfume that he couldn’t get enough of. He smiled, like a fool, not even caring that she didn’t say it back to him. He loved her and she was his. 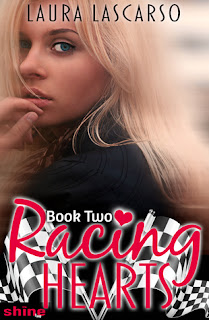 See you at the finish line…

With the big race weeks away, eighteen-year-old Jesse Copeland struggles to keep his head in the game and his hands off his smoking hot competition. But when Brooke reveals a secret that could destroy Jesse’s family, it sends him into a tailspin of self-doubt.

Jesse must pull himself together if he hopes to have a shot at the prize money, save his home, and win the heart of the girl he loves.   Can these two competitors overcome the sins of their fathers or will a shadowed history destroy their dreams forever?

Check out the rest of the Racing Hearts Serial on Goodreads HERE.