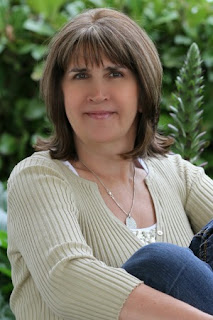 S.B. Alexander’s passion for writing began when she read her first Stephen King novel, The Shining. Over the years she kept telling family and friends she was going to write a book. Fifteen years later, on the advice of a friend, she sat down and wrote her first novel. Two years later, she has published five novels with more to come. Her books are targeted toward the young adult and new adult markets.

Her young adult series, Vampire SEALS, includes three books, On the Edge of Humanity, On the Edge of Eternity, and On the Edge of Destiny, which have garnered high praise from readers. Dare to Kiss was the first book in her new adult series. The follow up, Dare to Dream, was released in 2015. Up next will be Dare to Love, releasing Feb. 16, 2016.

Alexander’s career has been colorful—a former navy veteran, high school math teacher and college professor, sales consultant, coach, and manager. She loves baseball, especially the Boston Red Sox. She enjoys playing golf, is moved by music and great stories, and will go out of her way to help people.

Alexander currently works full time in corporate America and writes any chance she gets. She believes words are the key to opening the door to extraordinary places with amazing characters that tell a great story.

How did the Maxwell Series begin?
The series was born out of my love for baseball, family and experiences in my life that have challenged me and shaped me into who I am today.

Q: What will fans of Dare to Kiss and Dare to Dream like about Dare to Love?
S.B.: Dare to Love is based on Kelton Maxwell, brother to Kade, Kross and Kody. Out of the four brothers Kelton is quite cocky, brash, infallible and doesn’t think before he acts. He’s funny, sexy and always keeps his family and his values in the forefront. Fans who’ve read the series so far have a love/hate relationship with Kelton, and they’ll love getting in his head and will be surprised at some of the choices he makes.

Q: Dare to Love steps away from the lives of Kade Maxwell and Lacey Robinson, whose dramatic love story dominated the pages of Dare to Kiss and Dare to Dream. Was it your intention from the beginning to expand on the stories of other characters in the series?
S.B.: The series is all about family and growing from tragedy. The main characters in the series have all been affected by something heartbreaking. From that, I want to take readers on a journey into each of their lives to show how they change and grow, how they help others and at the same time, how they overcome their issues to set a path in life.

Q: You inserted a piece of your personal life, your experience with PTSD, into Dare to Kiss and Dare to Dream. Did any elements of your life sneak into Dare to Love?
S.B.: The series itself has a lot of elements that I had and didn’t have growing up. And in Dare to Love, I didn’t have a cohesive family unit around me. I didn’t have parents who were open to love, which made it difficult for me to express emotions, and if I did, I always seemed to have gotten hurt by love.

Q: After writing two Young Adult books, what inspired you to write New Adult fiction, and how was writing this genre different?
S.B.: As a writer, when I’m drafting an outline for a story, I don’t think too much about the genre. I let the story unfold. But in both genres the characters are learning life in different states of their pre-teen, teenage or college age years. What I find different in one genre over the other is the character’s decision making. They might’ve learned from an experience in high school, but when faced with that same experience in college how will they react? Will they make the same decision or will they take a different path?

Q: How do you balance your time between working full time and writing on the side?
S.B.: I set a weekly goal for writing, and in between all the daily stuff I have going on, I write. I usually accomplish the goal I set, and if I don’t I make up for it somehow in the following week.

Q: What’s next for you?
S.B.: I still have planned three more books in the Maxwell Series, and the next one will be based on Kross Maxwell, the next triplet. However, I have a new series I’m outlining that will be based on a family that is not as cohesive as the Maxwell family. This new series will be a little darker and will have elements of mystery, romance and suspense. On top of that, I’m working on my fourth book in my vampire series.

One of the hot treads lately has been adult coloring books because they are not only fun to complete, but they can also reduce stress and increase relaxation. Now, S.B. Alexander, the author of The Maxwell Series, is coming out with her own coloring book to introduce readers to this New Adult/Adult contemporary romance series. Check out the cover below and purchase your copy of the coloring book from Amazon HERE. 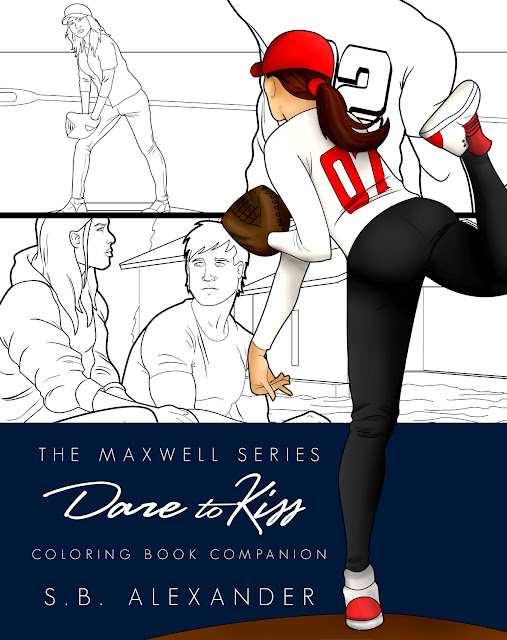 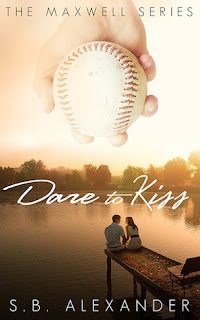 When tragedy tears down everything she loves, his touch will give her a second chance.

Like most seventeen-year-old girls, Lacey Robinson loves her family. What makes her unique is her unmatched talent for baseball. With an unhittable fastball and a killer slider, it's no wonder Arizona State University wants to talk about a scholarship for its boys' team. She's living out her dream, until life throws a nasty and deadly curveball.

When she loses her mother and sister to a home invasion, baseball and her dreams die with them. Stricken with nightmares, panic attacks, and even blackouts, Lacey is diagnosed with Post Traumatic Stress Disorder. Upon recommendation from her psychiatrist, the former baseball phenom moves across the country and tries to pick up the pieces from her life.

Now, only two things matter to Lacey--overcoming her PTSD and making the Kensington High baseball team. When she meets the tall, sexy, and drool-worthy Kade Maxwell, his magical touch awakens her feminine side, and his kiss erases her nightmares. As her symptoms start to fade, her sports dreams take a turn for the worse, as baseball captain Aaron Seever doesn't want a girl on the team.

But when Kade's arch-nemesis returns to town to settle an old score, Lacey's PTSD comes back with a vengeance. She'll need to learn how to push her demons away or she'll lose everything good she has left. 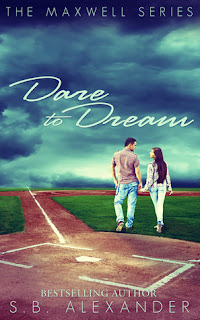 He'll do anything to protect his love, even if it means trading his life for hers...

Bad boy Kade Maxwell knows the pain of loss. His sister's death tore his family apart. His life seemed destined down a nightmarish path until he met Lacey Robinson, a light that cuts though his darkness. Despite her own tragedy, her beauty, determination, and dedication makes him believe he can dream again.

Lacey dreams of three things: a baseball scholarship with ASU, a future with Kade, and to find the person who killed her family. When a trip to California opens a door that could expose the killer, Kade and Lacey's paths begin to diverge.

Lacey vows to push through her demons and show Kade and her family that she has what it takes to rise above tragedy, even if she has to run into the arms of a killer to save a loved one. 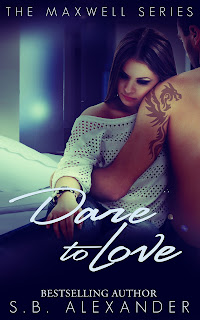 A sexy, confident, college playboy, Kelton Maxwell has his future right in the palm of his hands. Women want him. Guys want to be him. And he’s got one foot in the door at Harvard Law. All he needs now is just one prestigious internship at a highfalutin law firm to seal the deal. Nothing can stand in his way.

That is, until a blast from the past smacks him right in the face, bringing back memories he tried to forget. Kelton swore he’d never go back – never put himself through that again. He’d rather pledge his allegiance to the devil himself before he drops to his knees to worship a woman — especially her. 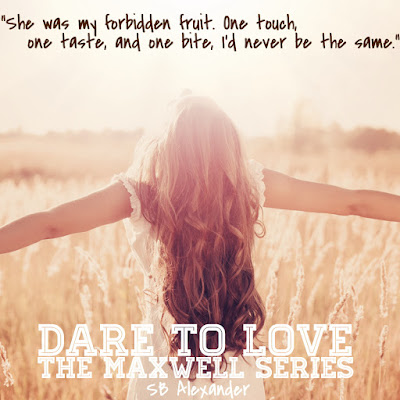