I'm happy to welcome YA and MG author, Lindsey Leavitt to Read My Mind today. She's written PRINCESS FOR HIRE, as well as the very different, SEAN GRISWOLD'S HEAD, which just came out from Bloomsbury USA Children's Books. Her latest book tackles some hard subjects, such as Multiple Sclerosis and OCD, while also having a fair amount of humor mixed in.


RMM: Tell me a little about yourself and SEAN GRISWOLD'S HEAD.

LL: Hi. I’m Lindsey. I like writing books and answering interviews about my books. I also like my husband and kids and family and friends and books and being outside and playing and reading and.. stuff. Also, coke slurpies. Not in that order, because coke slurpies would probably be higher on the list.

SEAN GRISWOLD’S HEAD is a book about first love, first loss, and spandex. Not too much spandex. Just enough to be tasteful.

RMM: I noticed that your first novel, PRINCESS FOR HIRE, was published by Disney/Hyperion. Was the publishing process this time around any different? Was it an easy transition to a different house?

LL: It was an easy transition because the books are so different, which impacts the editorial process all the way to book marketing. PRINCESS FOR HIRE is a tween fantasy, so I enjoyed mixing up all the world building with that series with the every day high school setting of SEAN GRISWOLD’S HEAD. I have more books coming out with both publishers, and both houses have been super wonderful and cooperative.

RMM: Did you come up with the title, Sean Griswold's Head? If not, what was the original title?

LL: Yep, I came up with the title before I knew what the book was even about. My publisher and I considered changing the title for awhile, but after dozens of emails, we couldn’t decide on one that worked. And I think it does work. It’s quirky, sure, but so is the book.

RMM: If you are working on something new right now, can you tell me a little about it?

Yes! The next book in the PRINCESS FOR HIRE series, THE ROYAL TREATMENT, comes out in May and I’m finishing up the third and final book for that now.

I also recently sold another YA contemporary called AUTHENTICALLY VINTAGE, about a girl whose boyfriend cheats on her with his cyber wife so she decides to go vintage—forgoing 21st century technology and accomplishing a list her grandmother wrote at 16.

RMM: A little more on your characters in SEAN GRISWOLD'S HEAD. Who was the hardest to bring to life on the page? The easiest?

LL: Payton was the hardest, because we’re very much in her head (despite the title) for the whole book, and sometimes she makes choices the reader might not like. I tried to make her sympathetic, even when she was being annoying or bratty or mean. Easiest? Mmmm, probably Payton’s brother Trent. He’s not in a lot of scenes, but I love him. I don’t think I revised any of his scenes that much—he just kind of came out the way he is.

RMM: Do you find yourself including any similar themes or character traits in each one of you books?

LL: I guess I do a lot of coming-of-age stories. I chose to put a dandelion on my website because I think it symbolizes the teen years so well. And there’s humor in most of my writing, mostly because I need some release of tension while I’m writing the story. 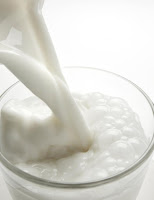 Can I amend to Toyota minivan? Because that’s what I drove in high school. You know the blue previa Juno drives? That was my EXACT car, except I broke the cool fin on the garage door. 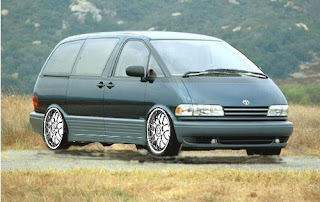 And finally, Have you ever had a Sean Griswold's Head (a person or music or other item used to focus your thoughts that quickly becomes an obsession)?

I’ve had quite a few. My current one is bubble pop on facebook and I use it to avoid my ever growing email inbox. Ooh! Bubbles!


RMM: Thank you Lindsey, for taking the time to answer a few questions for my readers!

I really enjoyed my first foray into a Lindsey Leavitt novel. Click title to see my 4.5 star review of SEAN GRISWOLD'S HEAD .

From Good Reads:
According to her guidance counselor, fifteen-year-old Payton Gritas needs a focus object—an item to concentrate her emotions on. It's supposed to be something inanimate, but Payton decides to use the thing she stares at during class: Sean Griswold's head. They've been linked since third grade (Griswold-Gritas—it's an alphabetical order thing), but she's never really known him.

The focus object is intended to help Payton deal with her father's newly diagnosed multiple sclerosis. And it's working. With the help of her boy-crazy best friend Jac, Payton starts stalking—er, focusing on—Sean Griswold . . . all of him! He's cute, he shares her Seinfeld obsession (nobody else gets it!) and he may have a secret or two of his own.
Posted by Lillie (AliseOnLife)