EXAMINED: Eternity and a Day by Aline Hunter

EXAMINATION
Runa Charon is all dressed up for the Samhain Ball, certain that this could be her year to win, when she is waylaid by her scheming sister, Octavia. A man waits for Runa, and she must go meet him, and then Octavia drops the big bomb: the man is a Draigen. One of the beings that can only travel between the human world and the Otherworld during Samhain. It's a chance for Runa to meet a very tempting creature.

Only the creature is Eric Locke, and the only fey that he wants to meet is the criminal Octavia, so that he can bring her back to the Otherworld to face judgment for her crimes. Mistaking Runa for her sister, starts the two on a journey that will introduce Runa to the dangers of the Otherworld. Though she is half-fey herself, she is burdened with mortality, and has been sheltered by her celestial guardian and brother.

Now, she is the disputed property of a Draigen, whose kind mates for life, and cannot exist without the one who is made mate. After barely surviving her first night in the Otherworld, Runa has no trust for Eric, and she knows that staying with him condemns him to a mortal lifetime. He will have to move heaven and earth to prove that they belong together, for eternity.

The first that I heard of this book was from Twitter. It seems that I am getting more and more of my book recommendations from there, and from reading book blogs. It has opened my mind to books that I might not have found otherwise, and even if I had seen/heard of (in the case of ebooks like this one) the book, I might have been more hesitant to jump in. However, the author herself ( JA Saare, writing under a pen name) has a great personality, and she tweets about her own life, not just using Twitter as a solely self-promotional tool. I've found that the more I like an author in his/her tweets, the more I'm likely to like their writing.

Hunter introduced many characters in this book, the two main characters being Eric and Runa. But, my appetite was whetted by several minor characters that were featured. I was really interested in finding out more about the brother that protected Runa throughout her childhood, with the help of Runa's guardian. Some of Byron's past is alluded to, but I personally need to know more. Like right now! He is an immortal being, but somehow Byron has compassion and love toward his mortal sister. Unlike Octavia, the sister who sets her up for capture, Byron tries his best to keep Runa from the being a part of the atrocities committed in the fey courts.

I have a pretty high comfort zone when it comes to violence and fear, as well as gore. So, the fight that occurs near the beginning of the story, where Runa's mortality is discovered by Eric, could certainly be slightly disturbing to some readers. I thought that it was very well-written because of the impact that it had on Runa. Not just because it revealed her inability to heal herself, but because it showed the amount of damage that a fey could potentially take, and the Otherworld creatures wouldn't even consider it making an impact. The Otherworld is a rough place, and Hunter establishes this in the beginning.

I could say something about the first sexual encounter that Runa and Eric have. I think that it is another part of the novel that would challenge a reader and their comfort zone. Again, as with the rest of the novel, I was amazed at the language and writing. Even the dialog contributed greatly to the emotional aspect of the situation. If I hadn't been moved or affected, I would say that the author had missed out. But, Hunter pegged everything. I felt uncomfortable with the use of a certain band. Not that it was used at all, per se, but that it figured so greatly in the very first time that Runa was with a man. But, be it a love scene or a fight scene, there is no denying that Hunter has a great talent for storytelling.


Find the author as JA Saare, and as Aline Hunter 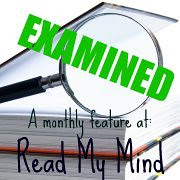