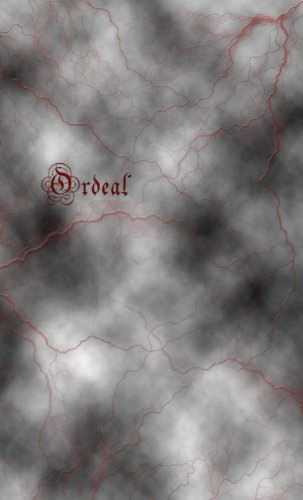 I received this e-book for review from the author, T.K. Varenko

Review:
An ages-old vampire, finds herself living a mortal life, with only dreams to remind herself of her past. These dreams include her birth, and the mysterious love who was the start of her downfall as a vampire. But, as a mortal her memories are disturbing, and not much else.

Derek is real. Derek is the person who saves her from drowning. And, Derek is who she falls in love with. Despite the fact that she is prey to him, and should know nothing of his secret world, the two form a bond. A bond that could be stronger than either could have imagined.

ORDEAL is a book told completely in verse. Though, I have never attempted to read a whole novel in verse before, I wanted to take a chance on ORDEAL, if only to prove that I have begun to widen my outlook since I started blogging and reviewing books. And, I'm really glad that it was the world of T.K. Varenko's creation that I chose.

The verse, and the language that Varenko uses reminded me of a more old-fashioned kind of vampire story. Actually, it reminded of a more old-fashioned story altogether. The paranormal element that drove the plot was almost secondary in my mind when I was reading. The pacing, the rhythm, the word choice were the things that kept me reading. I was enthralled, and I hardly noticed that I wasn't reading a traditional novel. Putting aside the verse aspect, ORDEAL was a solid love story that had a good ending, and kept me reading until that ending could be revealed.