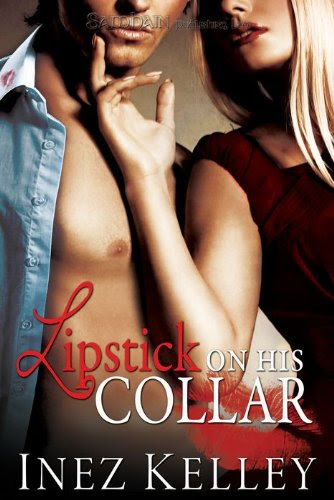 I received this e-ARC free from the author Inez Kelley, in exchange for an honest review


From Good Reads:
“Make me your goddess and I’ll take you to heaven.”

This sultry promise sparks a scorching, unforgettable one-night stand. The next morning Bram Winters awakes with a hickey and a head full of wicked memories—alone. His nameless goddess is gone without a trace, along with his shirt. And his heart.

Five months later, he stumbles across his mystery lady in a Laundromat, but she still won’t give up her name. Worse, she begs him to leave, no questions asked. Once he catches the spark of terror in her eyes, though, his firefighter training takes over—and he digs in for the duration.

Lady never wanted Bram to see her life’s ugly underside, but it’s too late—his socks are already in the washer. He was supposed to be her declaration of independence from her unstable ex, a bittersweet memory to carry into her new life.


I Liked -- Plot: Bram and "Lady" come together in a sultry tangle of chemistry and desire on a hot summer night. It's just supposed to be a one-night stand. However, it's Bram who wants more, and when he encounters her again, he intends to keep her high on the fireworks that the two create, until he can convince her to stay with him. Whew, the best scene by far, was the one in the laundromat, where Bram "distracts" her from her creepy ex lurking outside the building. The scene could have turned into a revenge scenario, where they "show" her ex exactly what they have together, but it's more about how they both lose themselves when they come together.

I Liked -- Character: "Lady" is an interesting character. I like that she admits her sexual feelings for Bram. Though he is hot under the collar for her, she is really the one that comes off as a sensual, confident character. She is the one that really saw their encounter as a hot, one-time coupling. And later, even though she is aware of the danger that her ex poses, she never comes off as meek or afraid.