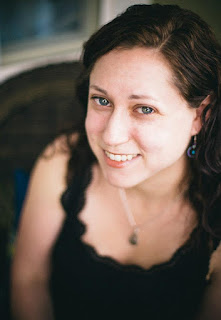 Beth is a stay-at-home author, blogger, editor, and freelancer in northern Colorado with a degree in English Literature from Kent State University and an MFA in progress at Colorado State. Her first book, Confessions of a Prodigal Daughter, ranked #51 in Amazon's top 100 bestselling books on personal growth in May 2015.


Excerpt from A Stunning Accusation:

I was no closer to a new column idea by the end of the workday than I was that morning. Well, to clarify, there were always ideas; just nothing worth printing that would garner the same kind of attention as the one my readers loved most. If I were truly desperate, I could always piggyback off that column and write a series of other attention-getting accessories to attract men.

It was as if I turned Tracy Cavanaugh into a pin-up doll, where I borrowed her shoes, her hair, her clothes…her things. But what would happen once I peeled that all away? Then there would be just the woman, herself, to dissect. All the inside stuff that made up who she was.

Would anyone want to read about that?

Without much difficulty, I shoved the thought away, because it was Jordan Time. He suggested Mochahitos, a place known for serving alcohol and coffee, my two favorite things (though to my knowledge, they had yet to make a drink that was both a mocha and a mojito).

“Make good choices,” teased Kiersten as I slung my bag over my shoulder. Like I needed any reminders.

Jordan was already waiting at the bar when I got there. I hope I didn’t look too eager as I set my bag on the counter and took the chair next to him. Be cool. Be Stunning. “What are you drinking?” I asked.

He pushed the bottle toward me. I exhaled before trying a sip because it was a stout, a drink I knew I’d hate. I don’t like beers that are thick enough to be a meal.

“It’s good,” I told him, and then signaled the bartender. “I’ll have what he’s having, please.”

“So,” Jordan said. He turned to face me. “There’s someone I want you to meet. She’ll be here shortly.”

My stomach clenched at the word she. His next hookup partner? A secret girlfriend? I supposed either possibility was inevitable, since it’s not like he ever promised me anything serious. I realized I was acting a bit paranoid. Still, it would have been nice to get a heads up before springing this new woman on me out of the blue in a casual moment.

In fact, I grew annoyed, and opened my mouth to rip him a new one, but I was interrupted.

“Hi,” chirped a child’s voice. We both looked down, and I wanted to kick myself for being so paranoid. The greeting came from to the toddler from the photo in his wallet.

“Zoe!” Jordan scooped her up, which she loved, judging by her breakout smile. “Where’s your mom? You’re too little to be in here by yourself.”

“Ahh. Okay. Well I guess you can chill with us while we wait for her to come back. Addie,” Jordan said. He settled Zoe in his lap and rested his chin on the girl’s head. “Meet my niece, Zoe. My favorite person in the whole world.”

“Hey there,” I said. I had to stop myself from extending my hand, as if toddlers knew how to handshake.

I’m not the best with kids, but Jordan clearly adored her. My uterus almost skipped a beat.

Not before too long, Jordan’s sister showed up. “Do you mind watching her for a few minutes, Jordy? I’m so behind on this research paper, I only need maybe twenty minutes to look some things over. Your next drink will be on me, I promise.”

“You know you don’t need to bribe me to hang out with this girl,” Jordan responded, bouncing Zoe on his lap, which made her laugh and laugh. I almost couldn’t handle this cuteness. “Hey, this is my girlfriend Addie, by the way.”

Girlfriend! Addie? Seriously? I felt as shocked as I was honored.

“Oh, wow, hey. Sorry, I’m so rude. Nice to meet you Addie, I’m Elise. I’d love to stay and chat, but I have so much homework. We’ll talk later?” She disappeared to a table across the bar before I could respond.

While Jordan ordered a scone for Zoe, I nursed my drink and tried to think of what to say. “So…girlfriend, huh?” Not too eager, not too emotional. I hoped.

“Well, yeah,” He broke the scone into smaller bites for his niece. “What did you think?”

“Well maybe that’s how it started.” He reached for my hand with his free one, as the other gently cradled his niece. “But I like you. I assumed you felt the same.”

Keep calm, Adelaide. I forced myself to take another swig of beer. “Of course.” As much as I’d have loved to know when he realized I was a keeper and not just a fling, I switched to another topic instead. “So Elise seems nice.”

“Yeah, she is. Just constantly tired and overworked. She finally decided to go back to school after she had Zoe, and she’s determined to graduate within a year. Not bad for a single mom.”

My next question – assuming I could have found a tactful way to put it – was going to be about Zoe’s dad, since I noticed Elise didn’t have any rings on her left hand. “You must be very proud of her.”

“I am. I’m proud of both my sisters. Emma is a junior in high school and did better on the ACT than I did. And she kicks my ass in chess.”.Now mindful of the impressionable girl in his lap whose face was covered in scone crumbs, Jordan cooed, “I mean, butt. Don’t say ‘ass,’ Zo-Zo. Uncle Jordy has a potty mouth.”

“Potty mouf!” Zoe cried, releasing a spray of crumbs. Jordan shook his head. “What can I do? I’m her favorite babysitter, but also her worst influence.”

It was hard for me to reconcile these two sides of him: Jordan, the high-profile photographer with a girlfriend list as long as my arm, and goofy Uncle Jordy, fun-loving family man, charmer of adult women and two-year-olds. I was about to say, “I highly doubt that’s true,” but was interrupted by a frail, redheaded woman who just entered the bar. She stared directly at us. I only noticed her because of the fiery brightness of her hair – the merciless eyes that locked onto mine gave me an unexpected shock. I jerked my head back to Jordan. “How long can you go before teaching her your dirtiest jokes?” I asked.

“Hmm…” He continued to hold Zoe with one arm as he grabbed his beer and took a big gulp, pretending to ponder. “Those will have to wait until she’s much older. Like kindergarten.”

“Will Elise approve of that?”

“Elise will be grateful to have someone else to blame so people don’t think she’s the one who corrupted her.”

My laugh, though genuine, was louder than I’d anticipated, as the red-haired woman’s intense stare continued to freak me out. Her gaze locked on Jordan’s back, but Jordan didn’t face her, so he had no idea. “So, you come from a family of potty mouths, I take it?”

“I wouldn’t say that, exactly. My parents…well, let’s just say, we try to hide that side of ourselves when we’re around them.”

“I see…” I stopped speaking as the woman started walking toward us. Her eyes continued to bore holes in Jordan’s back, but she wobbled as she stepped closer. Was she drunk? No, more like…nervous.

“Hey.” Squeezing Jordan’s knee, I jerked my head in what’s-her-face’s direction. “You know that woman?”

By the time Jordan turned around, she stood in front of him, close enough to almost feel her visible anger. Her eyes widened and her face grew red like her hair.

Jordan’s forehead creased as he stared her down. Cautious. There was a flash of recognition in his eyes, mixed with surprise, and, then, dread. He knew her. And however he knew her, it looked like he wished he didn’t. “Um, yeah. What are you doing here, Sam? I thought you moved out of the city?”

This Sam was so thin and short statured, with a baby-looking face to match, she could pass for a high school senior. Her eyes darted around like a spooked horse’s as she shook her head. “You,” she exclaimed, voice shaking while pointing a trembling finger. “You!”

“Look, Sam, I’d love to catch up sometime, but I’m kind of with my new girlfriend here.”

I relished this moment, the second time in the same hour I’d been referred to as Jordan’s girlfriend. But the euphoria didn’t last long, because the next words out of Sam’s mouth were piercing and unforgettable: 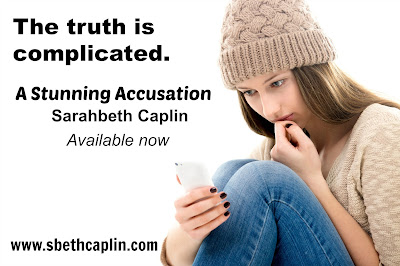 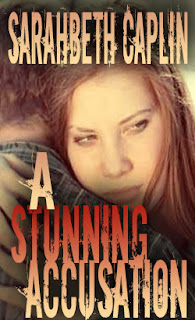 Adelaide Scott is a 25-year-old relationship advice columnist for Stunning! Magazine. Her new boyfriend, Jordan Johnson, is a renowned photographer for Sports Unlimited. On the surface, he is everything a woman should want: Good-looking, hilarious, and charismatic. Their relationship seems perfect, and Addie slowly allows herself to consider a future with him…until his ex-girlfriend confronts them at a bar, and accuses Jordan of raping her, turning their world upside down.

It doesn’t help that her best friend and editor, Kiersten Sharp, sees rape as a black-and-white issue, with no shades of doubt. Addie is about to discover that the truth – in all its forms – is complicated, and not at all what she expects.