In addition to the adult reads that I feature on the blog, I have a personal love of YA. In 2010, I probably reviewed just as many YA reads as adult, so I thought that I would participate in the Debut Author Challenge for 2011. 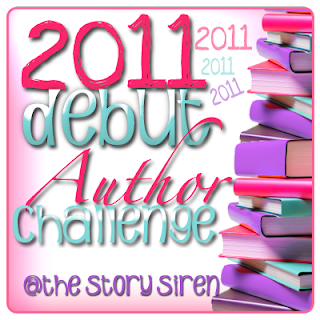 The Story Siren hosts this challenge, and all of the information and guidelines can be found there.

The target is to read 12 debut YA author books from January 1, 2011 to December 31, 2011. While I am not quite sure which books I will actually be able to read, here is a list of the YA debuts that I am most anticipating for the coming year.


XVI by Julia Karr
Across the Universe by Beth Revis

Angelfire by Courtney A. Moulton
A Touch Mortal by Leah Clifford
Haven by Kristi Cook
The Iron Witch by Karen Mahoney

The Near Witch by Victoria Schwab

*Bold are books that I read in 2010, and will not count toward the challenge.*